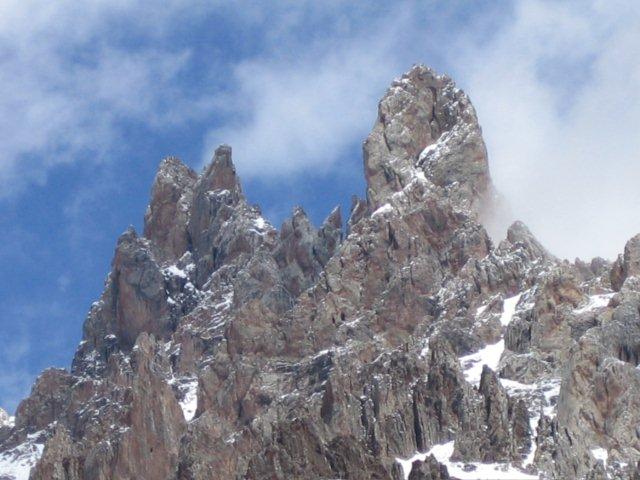 The Tana Monastery is a seat of Yelpa Kagyu, one of the earliest monasteries in Tibet. In 1189AD, Tana Monastery was founded in a place known as ‘Tana’ meaning ‘Horse Ear’ in Tibet by the Lord Protector, Sangye Yelpa, the founder of Yelpa Kagyu. Sangye Yelpa was one of the main disciples of Lord Phakmo Drupa. During the lifetime of Sangye Yelpa, he was the root guru of Ling. The people of Ling offered all the property and wealth of Ling Gesar (King Gesar) to Sangye Yelpa and he brought the gifts to Tana Monastery, Tibet. The miraculous gifts of Ling Gesar existed until they were destroyed during the Cultural Revolution except for the Stupas of the thirty Ministers of Ling. Some of the interesting material of Ling are still seen in Tana Monastery, Tibet today. 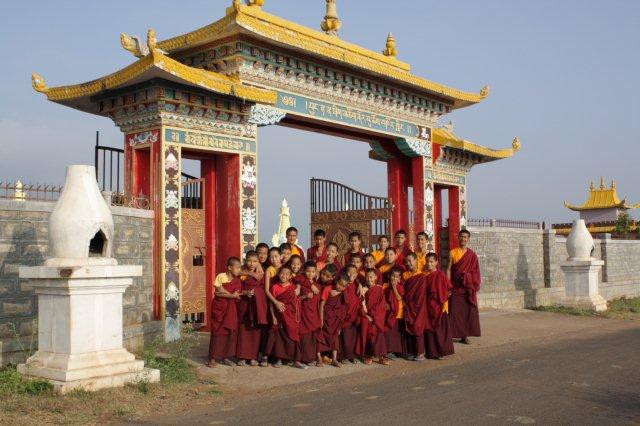 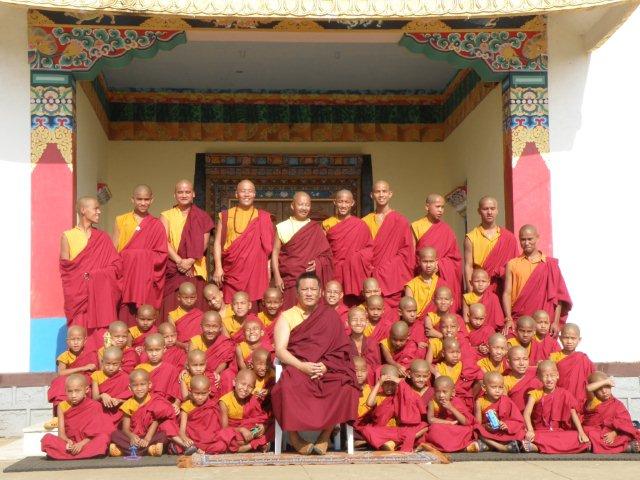 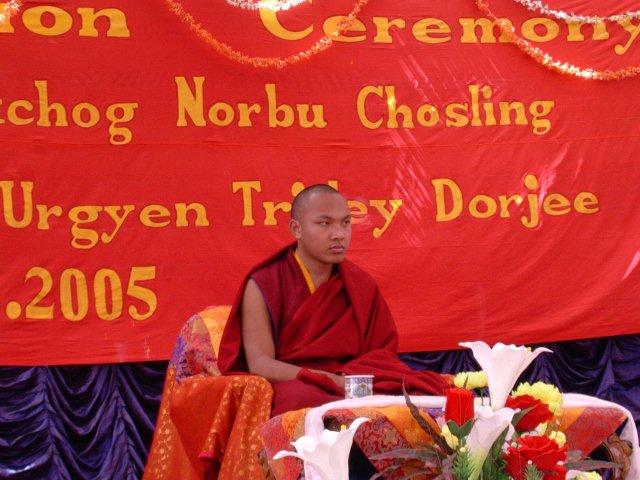 Tana Tulku Pema Rinpoche, the present Abbott of Tana Monastery, South India continued Tana Tulku Rinpoche’s work and in 2000 with the help of the kind efforts of some donors, the monks quarters were built.       In 2005, His Holiness, 17th Karmapa Urgyen Trinley Dorje consecrated the Monastery.                   Tana Monastery is situated in Kollegal Taluk, Karnataka district in a wildlife sanctuary. In one nearby village, deep trenches have to be dug to keep out the wild elephants. To reach Tana Monastery, it takes almost 5 hours of travelling from the airport in Bangalore , and in the last part as one enters the wildlife reserve, the tarred roads end and the bumpy ride begins. When the bumpy road and stream crossings end, awakening after a short night’s sleep, the dawn reveals a modest and clean Tibetan Monastery which serves surrounding villages.   THE ABBOT OF TANA MONASTERY, INDIA 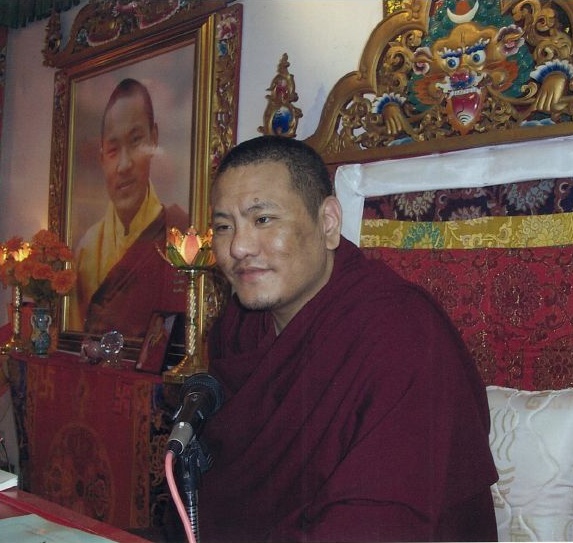 Today there is a not-for-profit organization set up to preserve the Yelpa Kagyu Lineage, one of the major lineages of Tibetan Vajrayana Buddhism.
YELPA KAGYU FOUNDATION,
TINCHULI, BOUDHA-6,
KATHMANDU, NEPAL

This website is provided with the compliments of:
Lau Kean Lee and Family
kllau@free2share.com
http://www.free2share.com