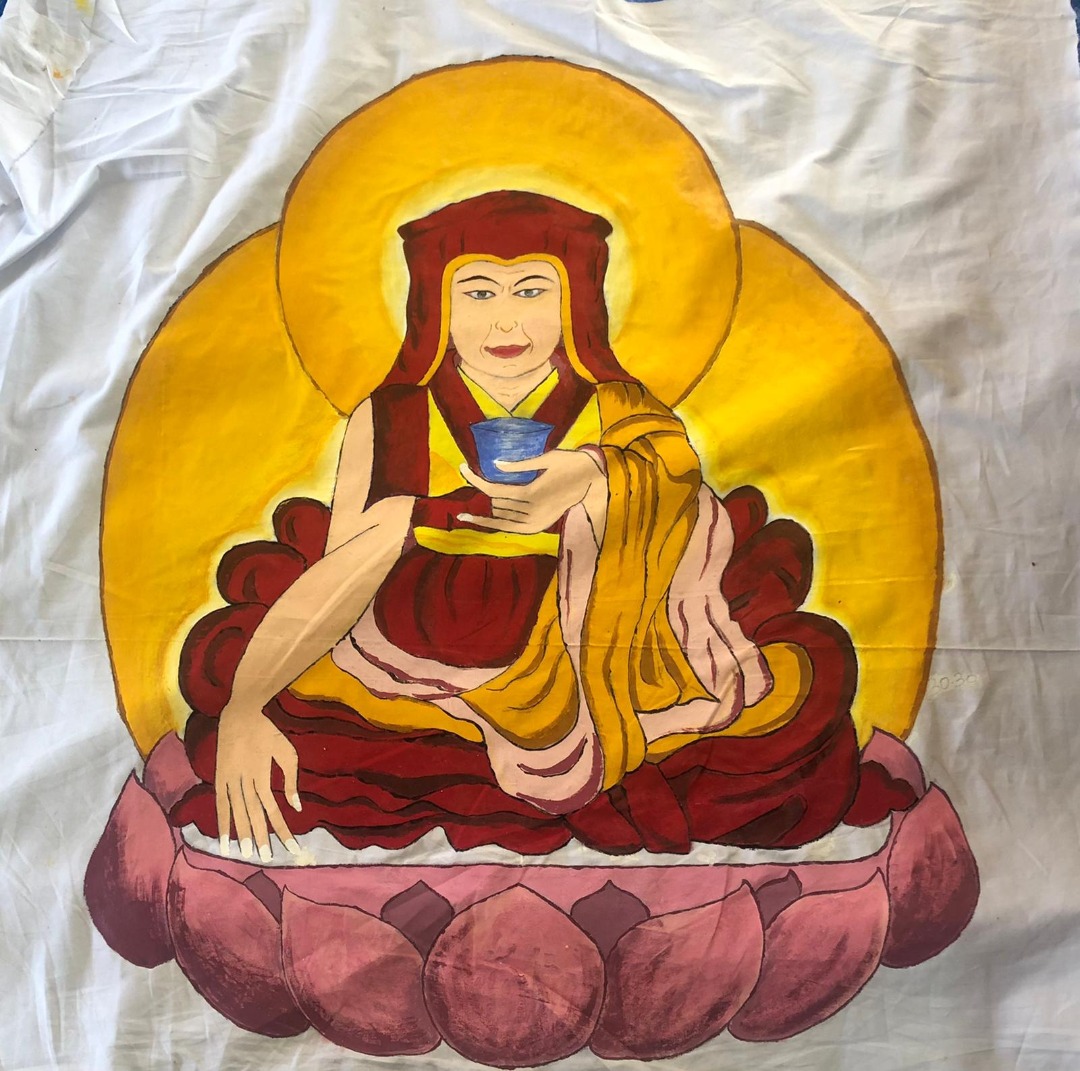 Yelpa Yeshe Tsek was born in 1134 in Kham, the son of a lay man practitioner named Gompa Ambar and his wife Gongpaza Tsunmacham, the eldest of four children. Purpa Kyab or Purpa Drub was his childhood name. As a young man he had a meeting with Ga Lotsawa, and received teachings from him. At nineteen years of age, he went to Bamda and took novice vows under the name of Yeshe Tsek. One year later he became a full monk.

Initially Yeshe Tsek concentrated on learning the monastic discipline texts, and then meditation practice, with good results in meditative experiences. As was very common for monks in Kham in those days, in order to further their formal education he travelled to Tibet, at age twenty-three. At first he studied scholastic logic and Madhyamaka philosophy with Chapa Chokyi Sengge (1109-1169), the sixth Abbot of the Kadam Monastery of Sangpu Neutok. He was feeling dissatisfied, as much of what he had been taught was not really Mahāyāna, and wanting to learn Tantra.

He left Sangpu and went first to receive all the empowerments and precepts from Ngok Dode. From Parpuwa Lodro Sengge, he received explanations of the doha songs based on a lineage going directly back to the Indian saint Saraha.